Binod Chaudhary - one of the richest people on planet visited Ruma: Wai Wai nudles from Ruma shall conquer the European market 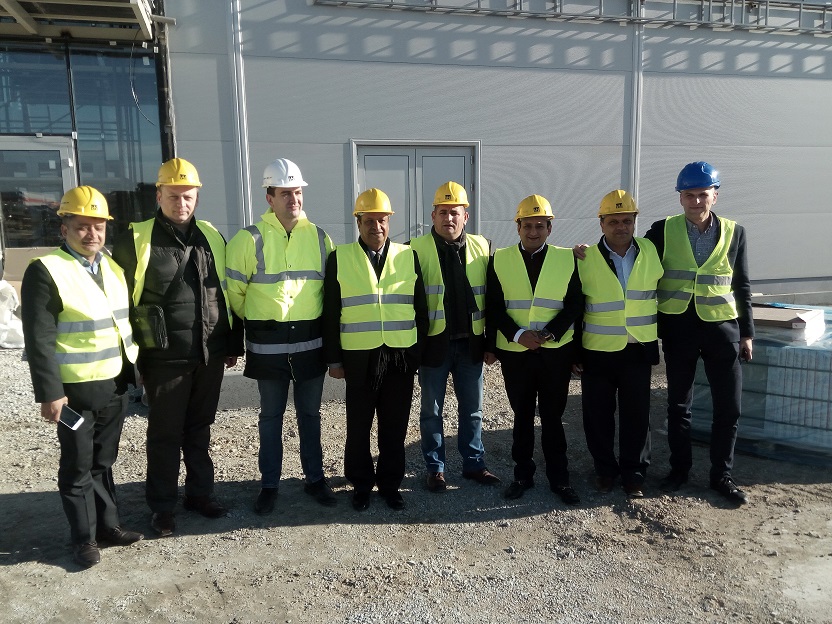 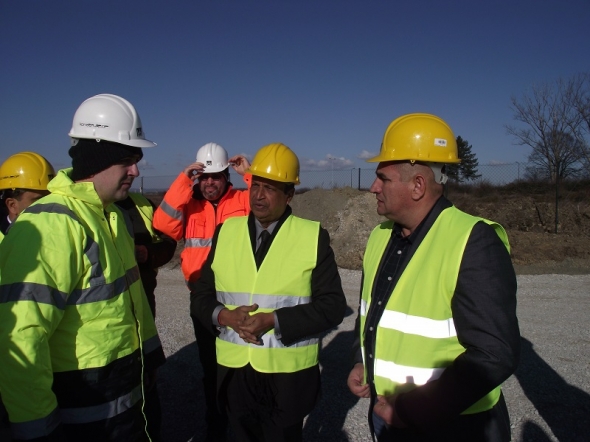 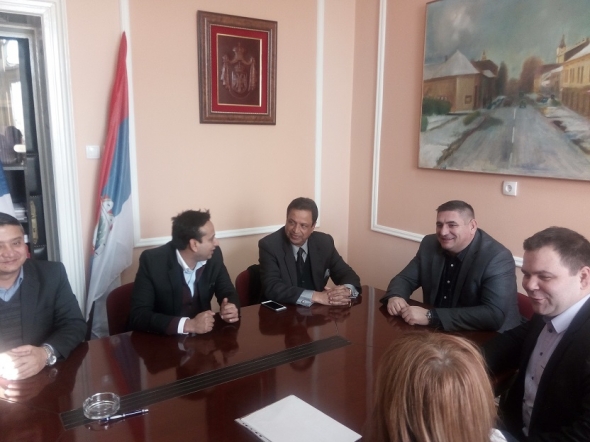 Today, at the City House, the president of the Municipality of Ruma Slađan Mančić has hosted the Nepalese billionaire Binod Chaudhary, the owner of the renowned company "Chaudhary Group".

After the meeting held at the City House , the head people of the local self government together with the Nepalese delegation visited works on the construction site of the factory for noodles "Cinnovation group"(that operates within the framework of Chaudhary Group),the first Nepalese investment in Europe, that is being built in the working zone "Ruma Junction".

"It is a great honour for us that such a big conglomerate decides to invest in our municipality first. That is the most important praise and the confirmation of the readiness of the local self governmet to be а reliable partner to investors",said the president of the municipality Slađan Mančić, and added also that the official opening of the noodle factory is expected by the end of February , 2017.

"We are extremely satisfied with the dynamics of the works, and the by the end of January we expect to bring works to an end , but what is most important for our municpality is the fact that the first phase of employing people will start at this period. In the first phase the factory shall hire 409 people, and the number of employed should increase up to 1.200, which is something to be proud of. Once again I would like to express my gratitude to Mr Binod and his son Nirvana, whom we not only consider friends, but residents of our municipality as well", said the president Mančić.

As said at today's meeting at the City House, "Chaudhary Group" performes variety of activities and plans to invest in this region in furure too.

"At this meeting we also considerd further investments in our municipality, but Mr Chaundhary is interested in investing in other parts of Serbia as well. More about this plans will be known tomorrow in the Government of Serbia, where Mr Chaundhary shall meet the Prime minister Aleksandar Vučić.", said the president Mančić.

The noodle factory in Ruma shall be the stone foundation for the future business management of our company on the territory of the whole Europe, said the owner of "Chaudhary Group", Binod Chaundhary.

"We shall supply the whole Europe with our branded Wai Wai noodles poduced in Ruma. So far, our products are well known throughout Asia and Africa, and this project shall make them popular in Europe too. When we decided to enter the European market we started with a detailed analysis of destinations . The conducted analysis showed that there was no better connection between East and West but Serbia. Serbia and Ruma won many other countries that initially were serious candidates for our first investment ", said Chaudhary and pointed out that cooperation with local self government and Serbian Government is on a high level.

"During the implementation of this investment we had a significant support both from the Serbian Governemnt and the president of the municipality of Ruma, Slađan Mančić. The president Mančić put a great effort and help us invest exactly here in the new working zone. At the very start we managed, through conversation to avoid all the possible problems we might encounter, and that may arise from sucha a huge investment. Now, while I am standing in front of the new factory whose construction is comming to an end, I may say that we did not make a mistake. Investing in Ruma is something that shall certainly open the door widely towards the European market ", Chaudhry says, and adds that it is only a question of time (measured in months) , when Ruma will become wellknown in Europe , and especially for our Wai Wai noodles", said the Nepalese billionaire.

Agriculturers from district of Srem shall greatly benefit from construction of this factory since raw materials from domestic territory shall be used for production of noodles.